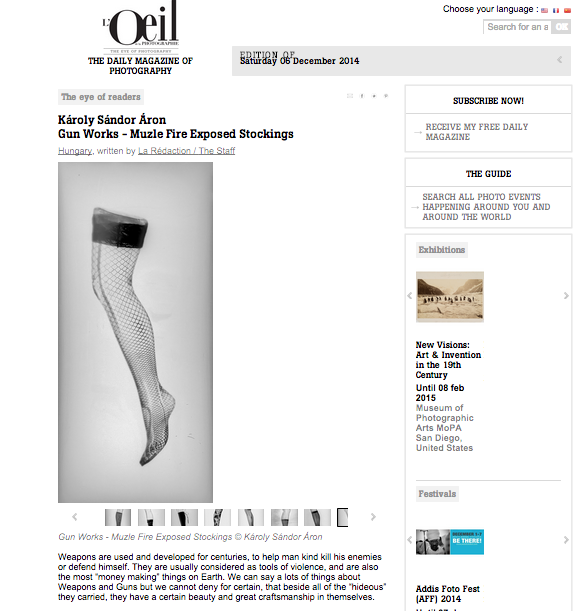 Gun Works - Muzle Fire Exposed Stockings © Károly Sándor Áron
Weapons are used and developed for centuries, to help man kind kill his enemies or defend himself. They are usually considered as tools of violence, and are also the most “money making” things on Earth. We can say a lots of things about Weapons and Guns but we cannot deny for certain, that beside all of the “hideous” they carried, they have a certain beauty and great craftsmanship in themselves. This project intends to discover the artistic possibilities they can have in the hands of an artist. I will use “weapons” to make pictures with them, about them and with the help of them. These series of images will not always have a direct or recognizable reference to weaponry, in some of them they will be just used as a tool of making and creating art.Photograms made with the muzzle fire of a revolver. The brutality of firing a gun (sound and fire) meets the delicate material and sensuality of nylon. Each exposure took three shoots.technical data: transparency, 50x100 cm.